During Utah’s State Centennial in 1996, Verl and Delma Kimber Smith started a project to collect and publish personal histories of individuals who lived in Grouse Creek. We have now collected over 500 histories and some of them were created from obituary information they had. I finally finished adding the pictures I collected to these histories. There are now 950 images that were added. I have a lot more images, but need personal histories to add them to. These histories are available at http://grousecreek.com/grouse-creek-personal-histories/

There are two ways to access the histories. If you have a mouse you can position it over the Personal History Menu option to see an alphabetical list of Surnames. If you use your mouse and position it over one of the Surnames, it will give you a list of history with that name. Just lick on the name to see the history.

If you don’t have a mouse, you can click on the Personal History menu and a list of Surnames are displayed at the bottom of the page. If you click on a Surname, you will see a list of histories that can be accessed.

If you have any additional personal histories of individuals who lived in Grouse Creek, please feel free to send them to Alan Smith at [email protected] and I will include them.

We had our first planning meeting for the 4th of July Friday night and it is going to be awesome. Queen Contest, Kids Rodeo, Dances, Breakfast, Parade, Program, Lunch, Carnival Rides, ATV Ride, Classics Car and Tractors, More Rodeo and More Dancing. There is even going to be an appearance by an Apache Helicopter before the parade. The celebration will be on the 6th and 7th this year.

But we need some help. We are looking for anyone who wants to do the concessions at the rodeo grounds on Friday Night and Saturday afternoon. We are also looking for someone who is interested in organizing the program. We have lots of help, but can’t do it all.

Just reply to this message if you are interested in helping us out. Our next meeting will be on 5/11 at 7:30 PM at the school. If you can’t make it to Grouse Creek, we can include you on a conference call. Just let me know and I will send you the information. [email protected]

The annual Grouse Creek Cemetery Day will be held on Saturday, May 13th. We will start at around 9:00 AM and have lunch around noon.

The Branch will provide the meat for the lunch so bring a side dish (Chips, Salads or Desserts) if attending.

As you can see by the pictures, it was a long winter and there is lots to do this year.

Hope to see you there. A mustang is a wild horse, a broomtail, a cayuse, a fantail, or any of several other terms cowboys use to describe this tame animal gone wild. To you, my children, and your children and theirs, I give this book of stories about mustangs. The action and excitement I experienced while capturing mustangs are described here.

Parley Paskett published the subject book in 1986.USU digitized it just this month and made it available free through their digital library at: http://digitalcommons.usu.edu/usupress_pubs/172//

Would you please spread the word to your web site followers?

Thank you,
Philip Paskett
For those of you who are Kimbers (or want to be one). 🙂 On July 11th, Grouse Creek held a rodeo and princess pageant. Dustie Warr was crowned the queen and Lillie Lillibridge was crowned princess. Great job to all of those who participated.

We had another very successful cemetery cleanup this year. Thanks again to all those who came out and helped! 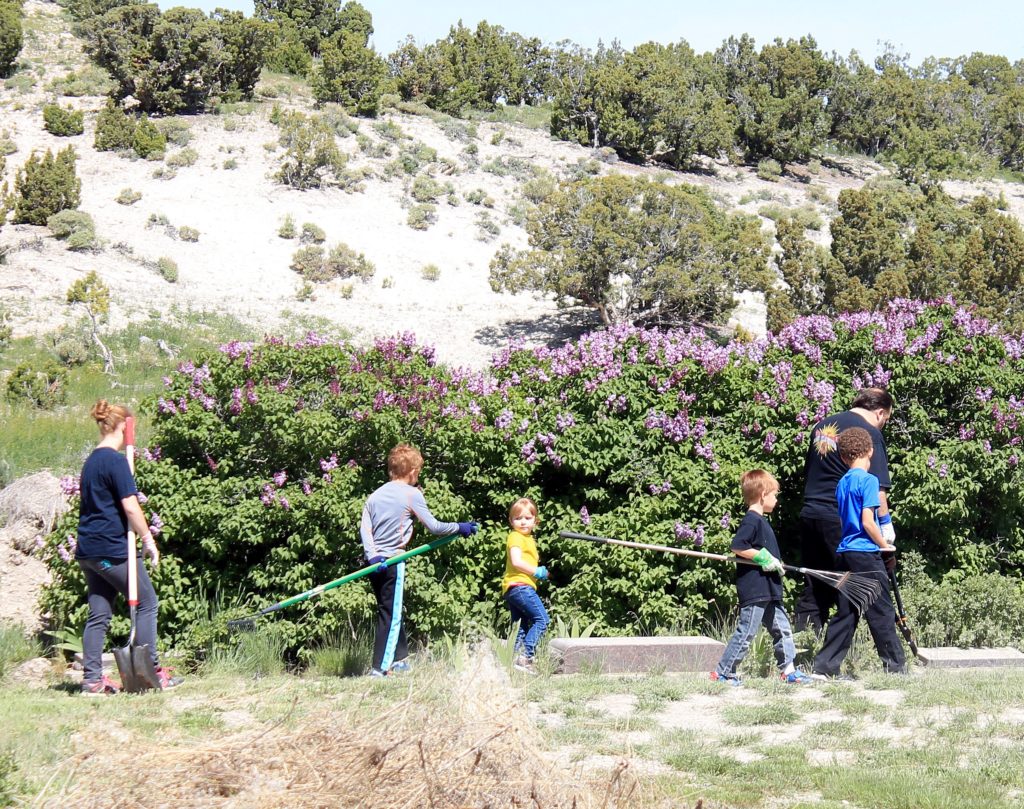 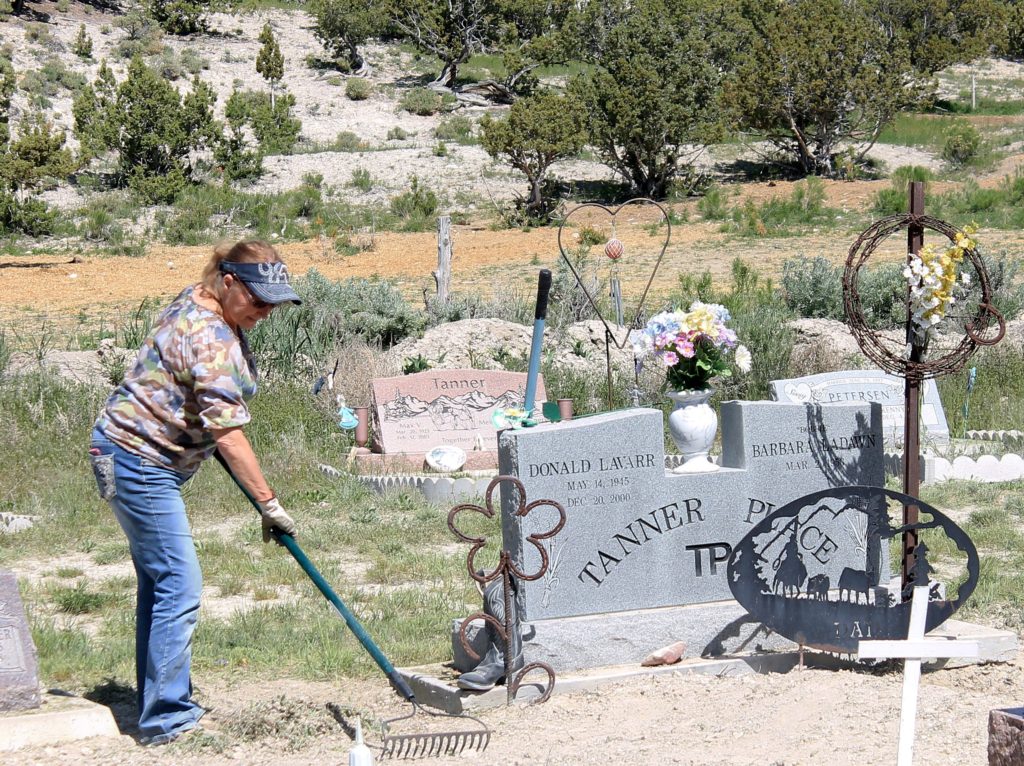 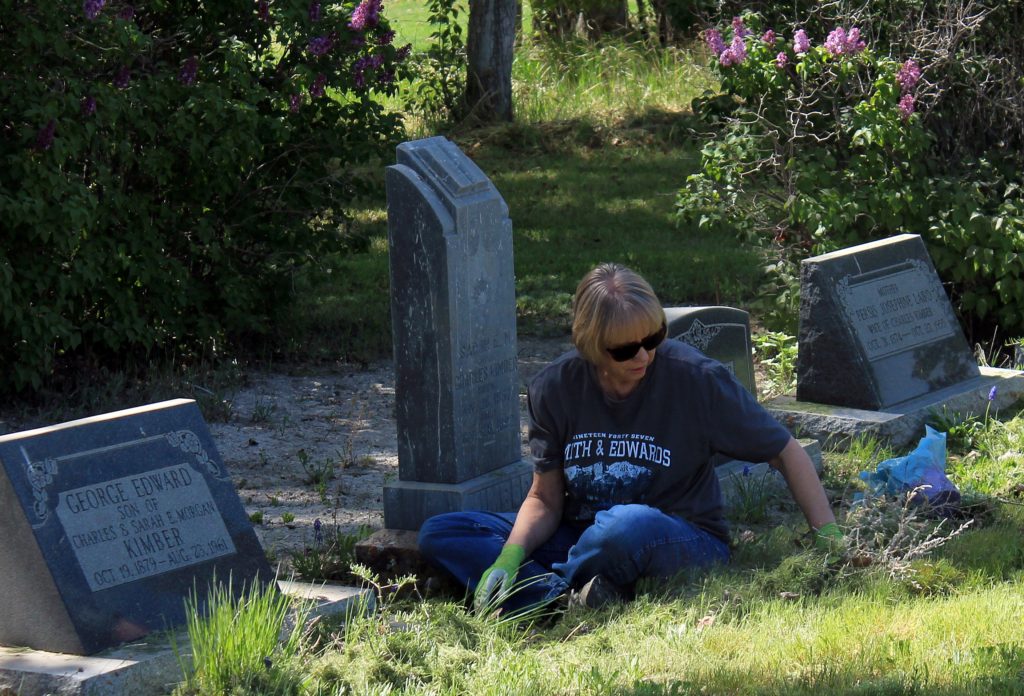 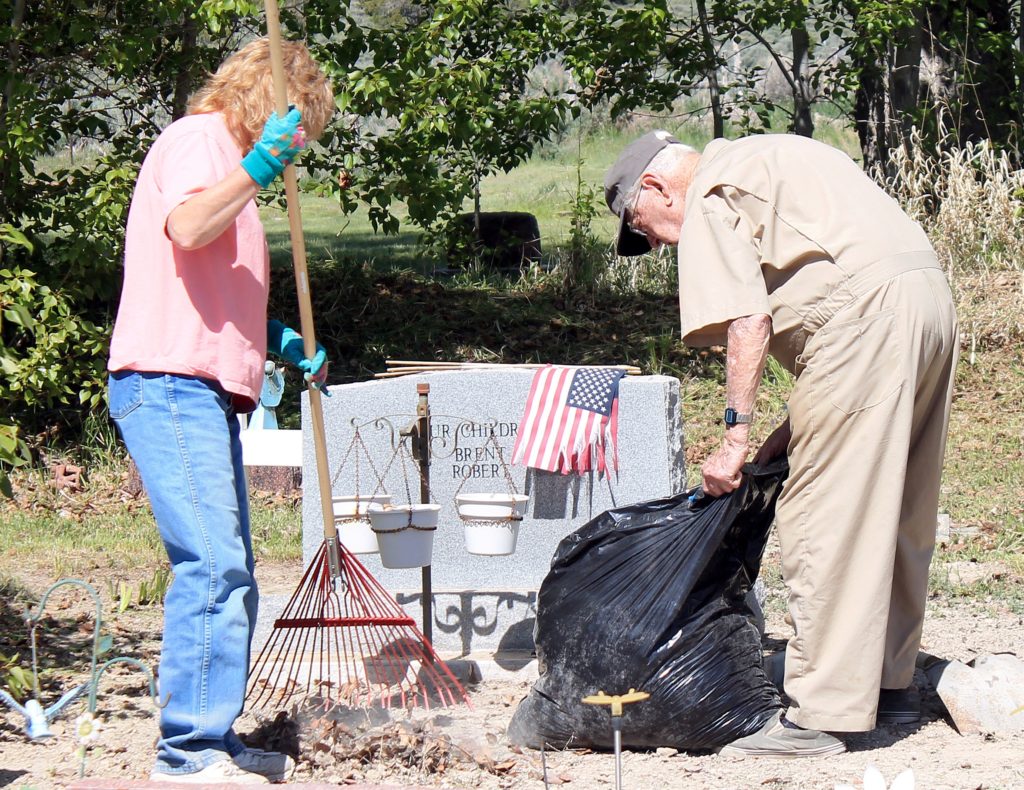 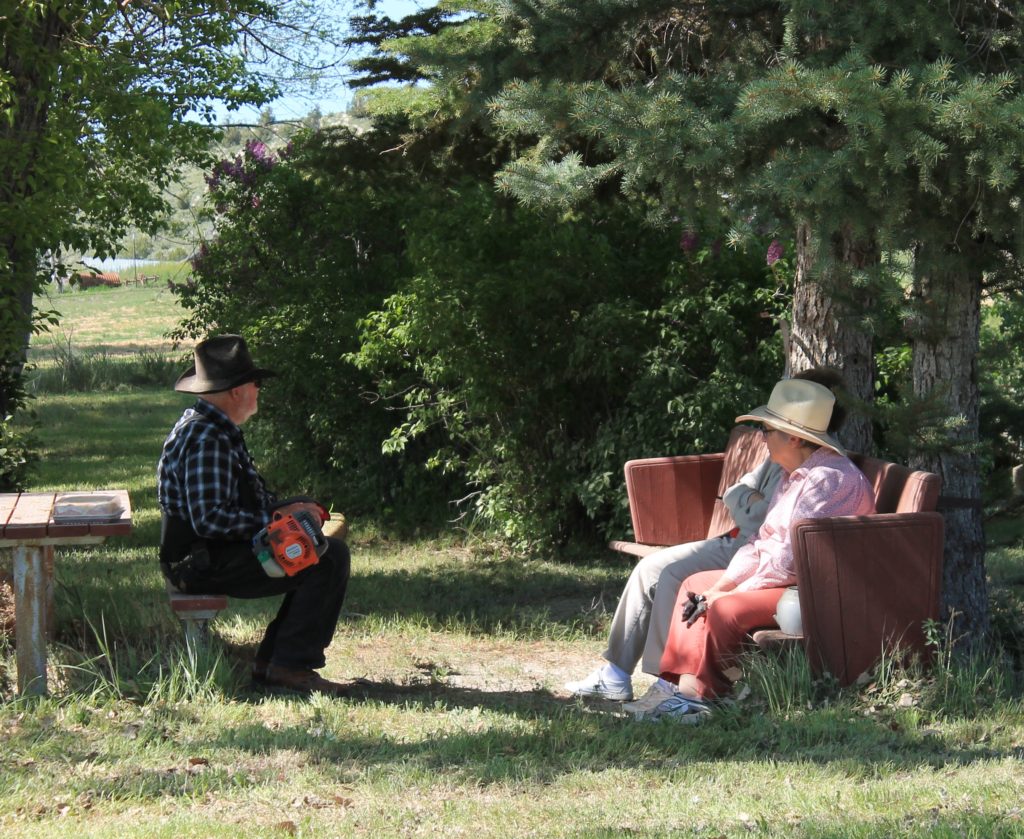 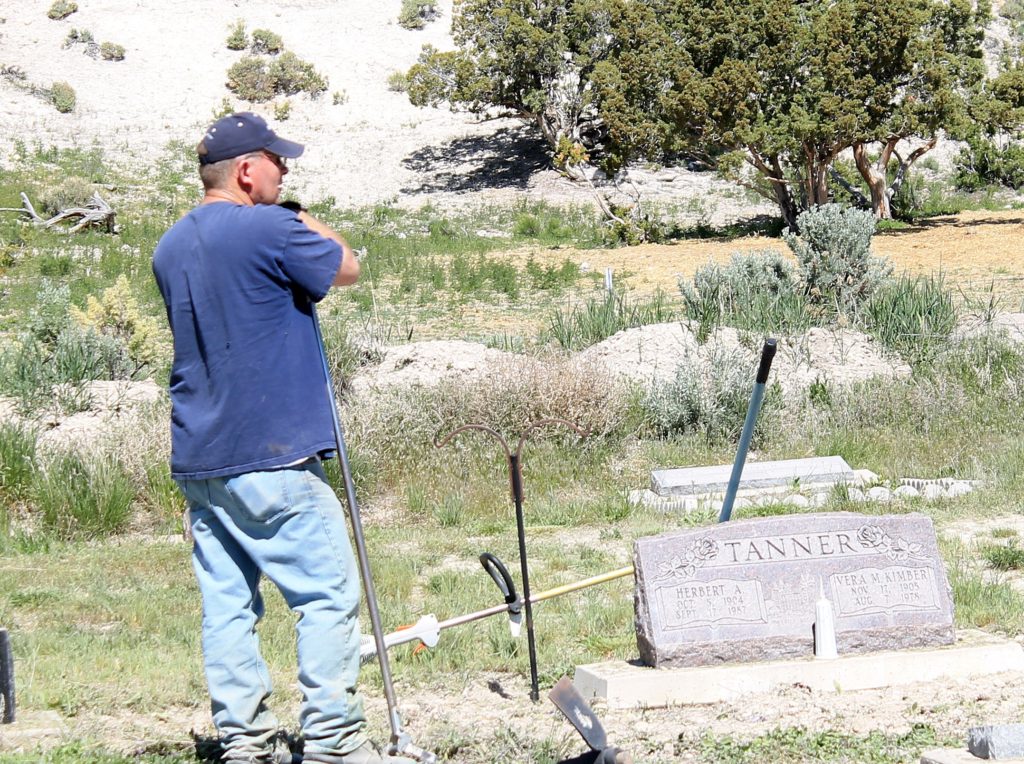 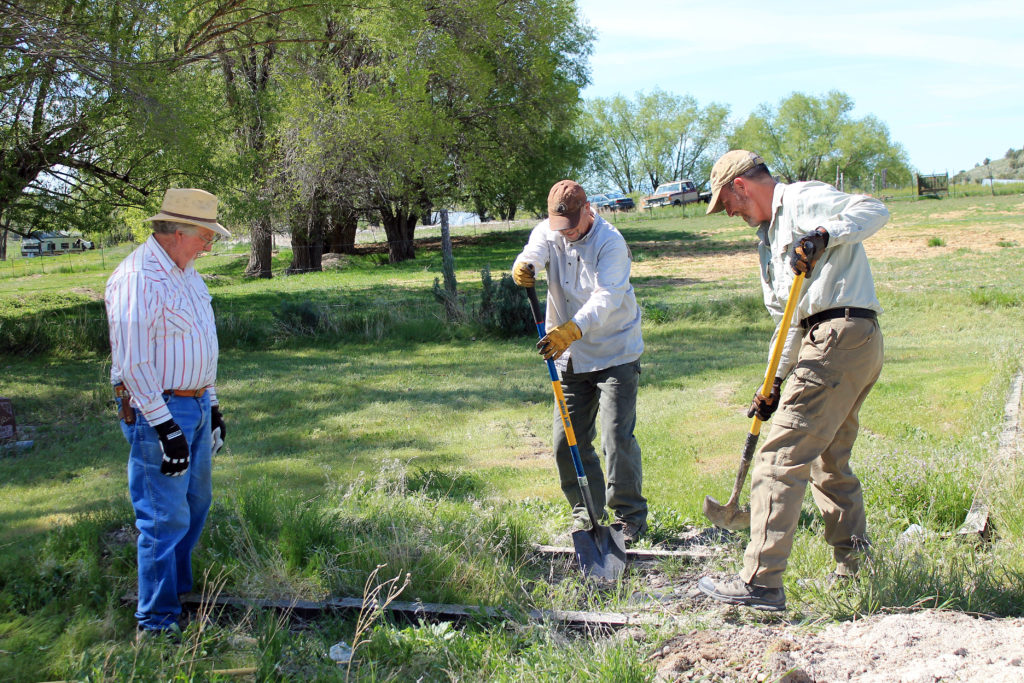